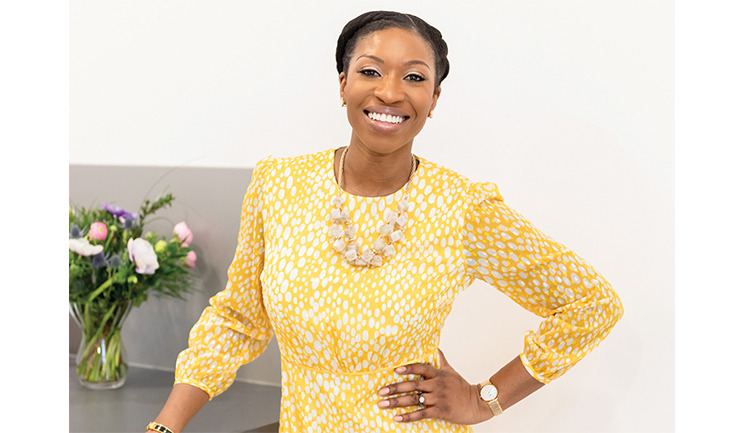 Growing up in London with a strong family medical background, Dr Ifeoma Ejikeme has been surrounded by medicine from a young age. Her father and three of her five siblings all work in medicine, so it has always been a strong influence in her life.

Graduating from Bristol University in 2007 studying general medical training, Dr Ejikeme recalls how she always had a passion for head and neck surgery and believed this was the medical route she should go down. Travelling to New York to attend Columbia University in 2009 to conduct a post-doctorate fellowship specifically in rhinology, she explains, “On a placement in Texas, I spent time with a world-renowned rhinologist. On my first day, I went into his office dressed in scrubs as I believed I would be working in ear and nose surgery. Instead, I witnessed him administering botulinum toxin to a patient, doing a chemical peel treatment and a non-surgical rhinoplasty.” During this time, Dr Ejikeme was shocked at the use of aesthetic procedures as it was a new venture which she had not considered before. She recalls, “At the time, it completely blew my mind! I couldn’t get my head around what he was doing – he was using a filler to correct a nasal deformity and the results were immediate! Nowadays, it seems so normal to me, but at the time, it was incredible.”

Being able to quickly understand aesthetics through her medical background was how Dr Ejikeme fell in love with the specialty. She adds, “During the rest of my fellowship with him, I witnessed both aesthetic and surgical results. It hit me that what I wanted to do was to be able to enhance facial features the same way he was doing.” After finishing her fellowship, Dr Ejikeme switched to general medicine, completed her internal medical residency, and undertook a Master’s in Aesthetic Medicine at Queen Mary University in 2013. She recollects, “When I finished my Master’s, I was awarded the highest distinction of the year and was invited to join a faculty at the university. I’ve been there ever since, and I absolutely love it! Interestingly, I continued to have a passion for noses and did my dissertation on ‘Aesthetic Indications of the Nose’.”

Within her training, Dr Ejikeme completed her Certificate of Eligibility for Specialist Registration (CESR), a pathway for training in Medicine, and joined the specialist register as a medical consultant. “You need to have done a certain amount of outpatient clinic appointments, and a certain amount of monitored procedures. One aspect I felt I needed to complete before starting my own practice was to conduct 10,000 cases,” she explains.

Instead of jumping straight into owning a practice and completing treatments, Dr Ejikeme wanted to shadow other professionals and assist in procedures. “I had my certification in aesthetics; I could do it myself, but I wanted to watch how others did the treatments. I was monitored and then had others watch me do it for weeks. I started independent practice and worked with many big clinic chains to ensure I was the best I could be and eventually gained my 10,000 cases!”

Instead of jumping straight into owning a practice and completing treatments, Dr Ejikeme wanted to shadow other professionals and assist in procedures. “I had my certification in aesthetics; I could do it myself, but I wanted to watch how others did the treatments. I was monitored and then had others watch me do it for weeks. I started independent practice and worked with many big clinic chains to ensure I was the best I could be and eventually gained my 10,000 cases!”

Starting her own clinic Adonia Medical Clinic in London during 2017 was a challenge. “Picking the location was one of the hardest decisions I faced. I knew I wanted a local practice in London with lots of space, but it took me almost four years to find the perfect spot. I decided on Central London as I wanted a beautiful clinic in a private location. When I saw the double fronted three story building, I fell in love,” she adds. Whilst visiting other clinics during this time as a patient, Dr Ejikeme felt that as a woman of colour, practitioners did not fully understand her concerns, which is an aspect she wanted to implement into her own clinic.

In 2020, Dr Ejikeme became a founding member of the Black Aesthetics Advisory Board (BAAB) with four fellow aesthetic professionals. She recalls, “The BAAB was created after the atrocious murder of George Floyd. The BAAB aimed to bridge the gap with brands to understand how to better serve black customers and patients.” Along with her commitments to the BAAB, she is a member of the American Board of Internal Medicine (ABIM) in the US and the Royal College of Physicians in the UK. She is also a speaker at many conferences including CCR and BCAM, whilst being a KOL for brands including CeraVe, Shisheido, Aquagold and Ultraformer.

Thinking back over her career in aesthetics, Dr Ejikeme notes that her biggest achievement was winning Best Clinic London at the 2019 and 2021 Aesthetics Awards.

“I remember when I first started in aesthetics, not attending the Awards because I thought only the most prestigious people went. I would recommend everyone to enter as you never know, you might win too! I’m still wrapping my head around it. I always wanted my own practice and having that recognition is incredible,” she explains. In the future, she notes, “I want to continue to educate myself and inspire others in all I do.”